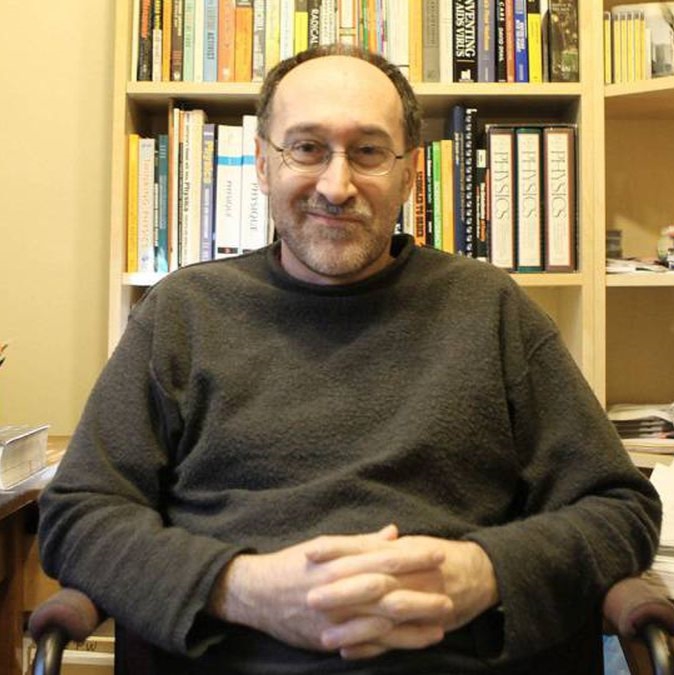 Dr. Denis Rancourt is a scientist and social theorist and is currently a researcher at Ontario Civil Liberties Association (ocla.ca), since 2014. He holds B.Sc.(1980), M.Sc (1981). and Ph.D. (1984, University of Toronto) university degrees in physics.

He has been a Natural Sciences and Engineering Research Council (NSERC) of Canada international post-doctoral candidate in prestigious research laboratories in both France and The Netherlands (1984-85, 1985-86).

He became a national NSERC University Research Fellow, in Canada. He was a professor of physics at the University of Ottawa for 23 years, attaining the highest academic rank of tenured Full Professor.

He developed new courses and taught over 2000 university students, at all levels, and in three different faculties (Science, Engineering, and Arts).

He supervised more than 80 junior research terms or degrees at all levels from post-doctoral fellow to graduate students to NSERC undergraduate researchers. Several of his former graduate students are government and private-sector scientists, university professors, teachers, managers, and business leaders.

Dr. Rancourt has been an invited plenary, keynote, or special session speaker at major scientific conferences 41 times, including recently in 2020 and 2021 (by virtual attendance). He has published over 100 research papers in leading peer-reviewed scientific journals, in the areas of physics, chemistry, geology, materials science, soil science, and environmental science.

Dr. Rancourt’s scientific impact factors (h-index) is 41, and his articles have been cited almost 6,000 times in peer-reviewed scientific journals.

Dr. Rancourt is a frequent media commentator. His medical, political and social theory articles and interviews are published in many venues. His recent video interviews and reporting videos about the science of the COVID-19 epidemic and the science of face masks for preventing viral respiratory diseases have been viewed more than 2 million times, in both French and English.