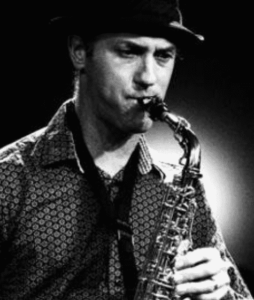 Brent Rowan is a professional community musician. As a Guelph, Ontario, Canada based saxophonist, Brent performs in a wide variety of musical collaborations; including 2009 and 2015 Juno Nominated Eccodek, Big Bands, smaller jazz combos, and creative music ensembles. Brent has performed and recorded all across Canada, the UK and Germany, at music festivals in Vancouver, Calgary, Toronto and London England to name a few. He has released three recordings of his own compositions; “It’s About Time” in 2006, “IZ” in 2012 and “Where is Local” in 2016.

Brent composes and arranges music for many of the groups he directs. He is the founding director of both the Guelph Youth Jazz Ensemble and the New Horizons Band for Guelph. Brent has taught in the Community Music Program at Wilfrid Laurier University and jazz saxophone at the University of Guelph. He is also a clinician and adjudicator at music camps and festivals throughout southern Ontario, specializing in saxophone and improvisation concepts.